May, the Month of Mary / Mayo, Mes de María 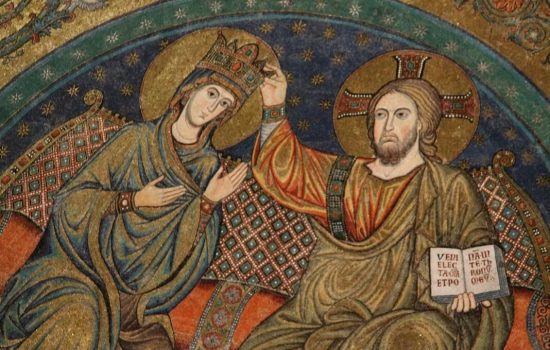 May, the Month of Mary

For many Catholics the month of May is seen as the Month of Mary, and we all get the same question from time to time: Why is May Mary’s month? For centuries, the Catholic Church has set aside the entire month of May to honor Mary, Mother of God. Not just a day in May, mind you, but the entire month.

The custom spans both centuries and cultures, with roots going back as far as the Ancient Greeks. In early Greece, May was dedicated to Artemis, the goddess of fecundity. In Ancient Rome, May was dedicated to Flora, the goddess of blooms, or blossoms. In medieval times, similar customs abounded, all centering around the practice of expelling winter, as May 1 was considered the start of new growth. During this period, the tradition of Tricesimum, or “Thirty-Day Devotion to Mary,” came into being. Also called, “Lady Month,” the event was held from August 15-September 14 and is still observed in some areas.

The idea of a month dedicated specifically to Mary can be traced back to baroque times. Although it wasn’t always held during May, Mary Month included thirty daily spiritual exercises honoring Mary. It was in this era that Mary’s Month and May were combined, making May the Month of Mary with special devotions organized on each day throughout the month. This custom became especially widespread during the nineteenth century and remains in practice until today.

The ways Mary is honored in May is as varied as the people who honor her. It’s common for parishes have a daily recitation of the Rosary during May, and many erect a special May altar with a statue or picture of Mary as a reminder of Mary’s month. Additionally, it’s a long-standing tradition to crown the statue of Mary during May – a custom known as May Crowning.

But May altars and crownings aren’t just “church” things. We can and should be doing the same in our homes. When we echo the customs and traditions of the Church in our homes – our domestic churches – we participate more fully in the life of the Church. For May, give Mary a special spot in your prayer corner. It can be a statue or picture, but place there some representation of our Blessed Mother. Make it appealing and a real tribute to her beauty and virtue.

Then, crown Mary. You can give her an actual or spiritual crown and you can make it a subtle gesture or ornate ceremony of your own device. The meaning is far more important than the action. You can do it in the beginning, at the end of May or anywhere in between.

Just do it. Why? Not because it’s a long-standing tradition in the Church, although it is. Not because there are any special graces connected to it, although there is. No, do it because Mary is Mother – your mother, my mother, everyone’s mother – and because she cares for all of us day-in-and-day-out without fail, interceding for us in even the tiniest matters. For that, she deserves an entire month in her honor.